Bernd Leger has been in the CMO hotseat at Nexthink for just four months, but considers the near future as full of technology marketing leadership opportunities.

Nexthink calls itself a ‘Digital Employee Experience software provider', whilst technology analysts such as 451 Research and Gartner term them Digital Experience Management tools. For those who have been in the technology sector for some time, you may be more aware of the term IT Service Management (ITSM) tools.  On its seventh round of capital investment, the Swiss founded business is 16 years old and Leger's recruitment in October 2019 indicates a business with strong ideas about its future.

"The main emphasis of the first four months has been about looking at the team," Leger says of what has been keeping him busy in his Boston, USA office since October. "My key priorities are to raise the awareness of Nexthink and to create a scalable demand generation engine so that our sales teams are well briefed," he says.

"Our marketing needs to match our ambition and the enormous opportunity we have ahead of us," Nexthink CEO Pedro Bados said in a statement upon hiring Leger. The German CMO joins Nexthink at a time of reported record growth and in our discussion it became clear he has a pretty free hand to invest and shape marketing and in some degree sales.

"There is a recognition that for us to grow we have to create a strategic presence in the US. We are growing across all regions at around 50 to 60%, but I expect the US to grow larger than that," Leger says. Although headquartered in Lausanne, Switzerland, Leger described Nexthink as a "global village".

Whether you call it digital employee experience software, digital experience management or ITSM, Nexthink is in a market with some well known heavyweights, including Splunk, Dynatrace, AppDynamics and Virtana, formerly known as Virtual Instruments, as well as some specialist providers like Intergence.  "You never want to be in a market of one," Leger says when challenged on the fact that Digital Experience Management is a market sector that has failed to resonate with many CIOs and CTOs. "We have been a pioneer and we have a lot of traction, so I think it will be a space that will gain a lot of traction.

"IT's reputation is not good, they are always on the back foot and a lot of problems are not reported by the employees. Nexthink can feel the pulse of how the technology is working and how people feel about it in the workforce."

"From my past experience sales excellence and good product marketing go hand in hand, they are both better when connected," he says of how in his CMO career he has built strong bridges between sales and marketing teams and eroded the conflict that exists between the two disciplines in many technology vendors.

"There is a need to be more consultative," he says of how sales has moved away from brash reps with audacious claims. "Nexthink want to be seen as a partner and there is currently a lack of knowledge about how to deploy our technology," he says of how sales and marketing will work together to share stories of deployments and culture changes in organisations that are using the Nexthink system.

"We have a good mix of direct sales and through systems integrators (SI). The ideal customers are those with more than 5000 employees and complex IT estates. The more people involved lends itself to complexity and therefore the more compelling our solution is.

"I have a responsibility for marketing and sales development," Leger says of his role. "So we have a relationship with the sales teams to make sure that marketing translates into an opportunity for sales.

"I do think that in the modern world marketeers have to be customer centric and sales aware," he says of how former barriers between teams are falling.  As a result Leger has a marketing operations team looking after a technology stack consisting of Marketo, Salesforce as well as account based marketing (ABM) and project management tools. "So that we can analyse the digital marketing success," he says.

Leger talks warmly of the people in his team and peers from previous roles. In the past Leger has played a keen role in ensuring the organisations he represents marketing for have a strong ethic towards their staff. "At the end of the day a company is all about its people, so culture and talent is an extension of your marketing.  On Glassdoor people talk about products as well as what it is like to work at a company," he says of the employees ranking site.

"So we believe that by investing in our people that will build our external culture. We want to be the best example for our customers," the CMO says.  There are of course some hard numbers and targets for the CMO and his team members to hit. "Any marketeer will always be judged by growth," he says. Nexthink marketing KPIs focus on sales pipeline, marketing sourced growth and influence he says. "We break that down to awareness, share of voice and how the word is getting out," he says.

Leger's team is pretty small given the ambitions of the business, he has 30 people in marketing and 30 in sales development.  With just four months under his belt at Nexthink we complete the interview by asking Leger how will Nexthink be different in a year's time?

"I hope our name will be better known and that we will continue to grow."

How CMOs can create true customer value through segmentation 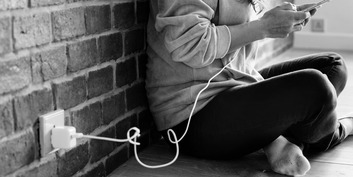 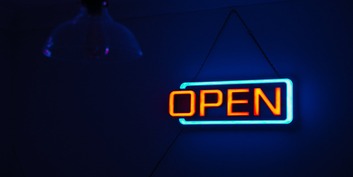 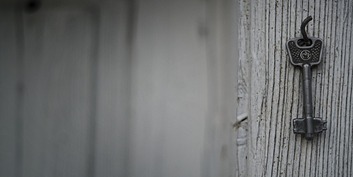